THE HISTORY OF SCOUTING

Lord Robert Baden Powell founded the Scout movement in 1907.   He had been a soldier in the Boer War in South Africa and was known for his courage.  He took a mixed group of boys to a camp on Brownsea Island and from that began the idea of the Scouting movement.  From modest beginnings, Scouting spread quickly throughout Britain and then around the world.  Robert Baden-Powell was known as B-P and became the Chief Scout of the world. He also received around 47 Scouting awards. The first international Scout Jamboree took place in 1920 in Olympia, London. Scouting was not B-P’s only interest. He enjoyed acting, fishing, playing polo and big game hunting. He was a very good artist, working in pencil and water-colours. He also had an interest in sculpting and making home movies. In 1938, suffering from ill-health, B-P returned to Africa, which had meant so much in his life, to live in semi-retirement in Kenya.  He continued to produce books and sketches, until his death in 1941

His legacy is that Scouting is available to young people in nearly every country in the world.  The number of people who have been involved in Scouting and Girl Guides globally since 1907 is estimated to be 350 million, surely a force for good.

THE HISTORY OF THE SCOUT GROUP

Llanishen and Lisvane Scout Group dates it’s formation from 1931, when the Group met in the Vicarage Rooms.  This was located in the area of Old Vicarage Close, before the houses were built.

The parish of Llanishen and Lisvane was, in those days reasonably small, serving the two small, rural villages. In the early days of the Group, there was a strong involvement in the Parish Church, with monthly attendance at Church Parade by the whole Group.

The first President of the Group was Leonard Livsey who was the local chemist and church warden. Mr Livsey was very enthusiastic about Scouting and did a great deal to promote its development in the area.

Livsey Hall, our Scout Hall is named in his memory and was built in 1957 on the Court Field. It was a kit and was built of single thickness of cavity blocks.  This building still exists today although it has been altered.  It is basically sound but does experience some problems e.g. damp and poor insulation. 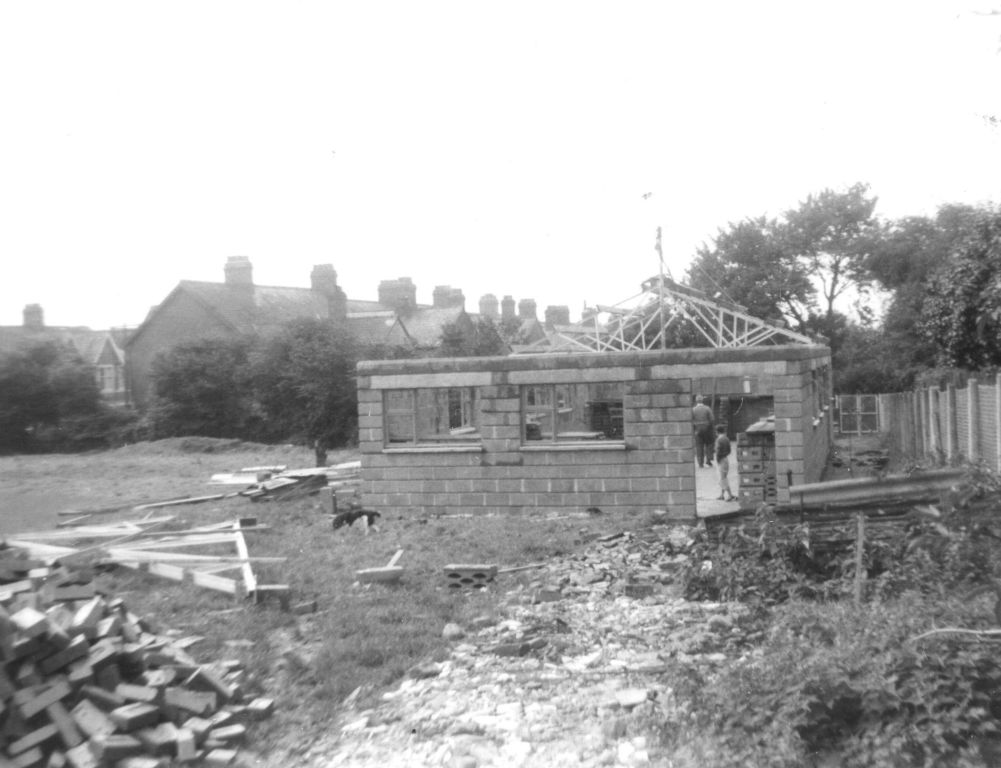 Fraser Hall, which is used for storage, as a workshop and as a committee room, was named in memory of John Fraser Noel, who was an active member of the Group before his tragic death in an expedition to Antarctica.

The building of Livsey and Fraser Halls was the result of much effort by parents, Leaders and boys, who raised all the money for construction costs and did much of the manual work themselves. We continue to raise money to have the Scout Halls upgraded and maintained in a satisfactory condition which is always a challenge.

In 1986, the 1st Lisvane Scout Group amalgamated with us. We also took 1st Thornhill Beaver Colony into our Scout Group in 2010.  As a Group, we pride ourselves on trying to keep up with the ever changing ideas of young people whilst at the same time offering them some of the original traditions of both the Group and of Scouting as a whole. In the older age group, there are many adventurous things to try e.g. hill walking, camping, canoeing, kayaking etc and we have a large store of special equipment to assist us.

In September 2012  Firey Dragons Explorer Scout Unit  was started for young people aged 14-18 from the Llanishen area, who meet at our Scout Hall.  Several of their members are also Young Leaders in the Scout Group.

The group has a long and interesting history.  Many boys have had great times and gained valuable life skills from Scouting. We feel that Scouting is as important today as it ever was.  Children cannot get all their experiences sitting in front of a TV or a computer screen. Many parents are working long hours and often cannot spend enough time with their children. Scouting is the perfect activity which aims to teach its members the skills required in the modern world.

Most children return week after week to live the Scouting experience.

The children in our Group come from surrounding areas in North Cardiff, Llanishen, Lisvane, Thornhilll, Pontprennau and Cyncoed. There is another Scout Group at 1st Llanishen.  Scouting was traditionally an activity for boys, but now we also take girls into the Group.  You may put your child’s name on the waiting list from four years of age.

No comments to show.