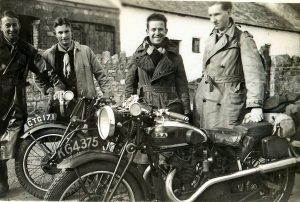 We arrived in Coevorden, at the home of Dick and Ally Elzing, late on 29th April. The following morning after a good night’s sleep, we went to the Fontein School in Sleen, where Dick is the headmaster. After speaking to the year 6 children about John Morgan and our Scout Group, we were taken to visit a traditional Dutch windmill and then to the Commonwealth War Grave Cemetery in Sleen to visit the grave of John Morgan and the other airmen who were killed with him. 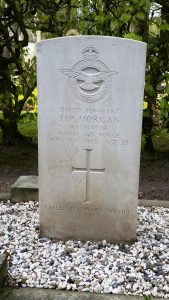 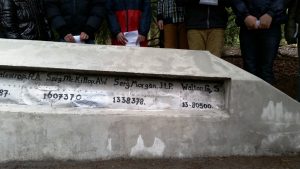 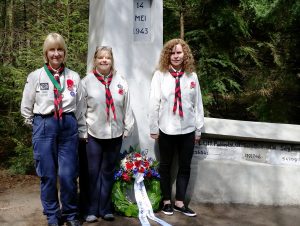 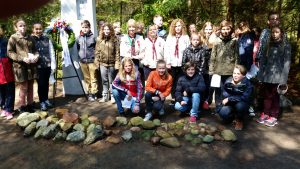 With the children of Fontein School

After lunch, we went with the year 6 children, teachers and invited dignitaries to the memorial, made from the wreckage of the crashed plane, set in stone. We took part in a very moving ceremony to commemorate the young airmen whose lives were cut short by the evils of war. I made a speech, as part of the service, which was translated into English by the Headmaster. The service included speeches from Dick Elzing, the local councillor and a sister of one of the boys who found the wreckage and hid it from the Nazis. We sang the Dutch and British National Anthems and listened to the last post. It was a moving experience. On return to the school for tea and cake, we presented our friends with a welsh plaque to hang in the school hall. We also compiled a file for them about John Iorwerth Palmer Morgan, his life and family. We added some information and pictures about the history of Llanishen and Lisvane Scout Group and the memorial in St Isans Church.

Sue, Meme and I felt honoured to be at the ceremony. We were also overwhelmed by the kind welcome we received from the people of Sleen. We have even made it onto the village website!